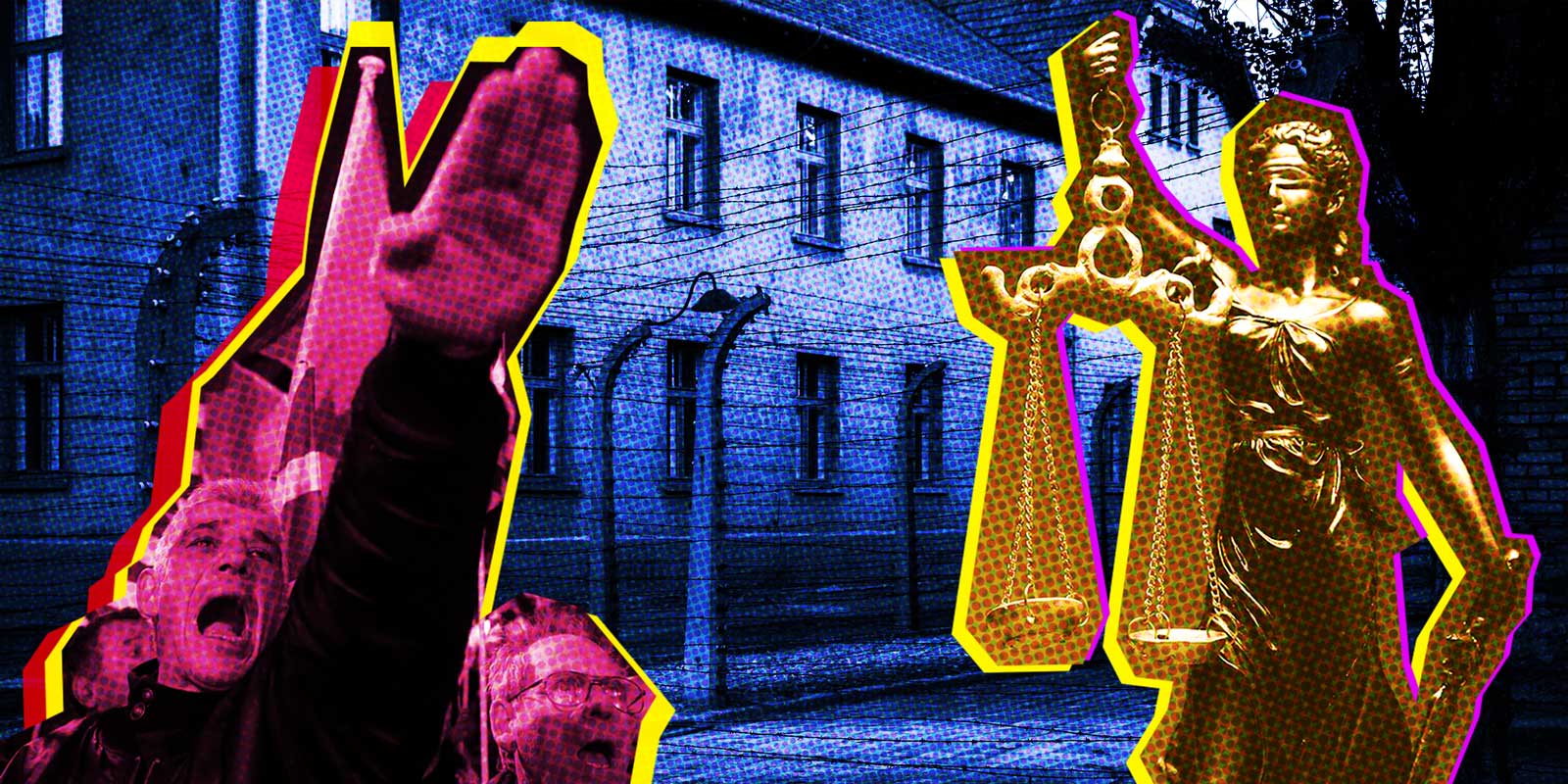 In June 2019, the Rosa Luxemburg Foundation contacted Podium, a company in which I am a partner, and asked us to provide Greek-to-English interpreting for the hearings of the Golden Dawn members.

More specifically, the «HumanRights360» non-governmental organization and the Rosa Luxemburg Foundation, had invited famous and established sketch artists from abroad, to attend the Golden Dawn trial and use their pencils and inspiration to depict moments from the process, thus preserving historical truth and adding an international dimension to an important issue that, sadly, was covered only minimally by the foreign Press.

Professional interpreters must generally keep abreast of every newsworthy item and development, and then also make an in-depth study and preparation of all subjects on which they are asked to offer their services.

Professional interpreters must make an in-depth study and preparation of all subjects on which they are asked to offer their services.

In this case, even though I have kept up with the subject of neo-fascism and the criminal nazis of Golden Dawn for the last 25 years, out of personal interest, the job required a much more in-depth familiarity with the case, and learning as many details as possible about the trial itself and each of the defendants.

I would not be exaggerating if I said that as soon as I began my preparation, I was overcome by a feeling of deep distaste and uneasiness. The details of the heinous crimes committed by the members of Golden Dawn, the morbid conversations in the recorded telephone calls that were leaked to the Press, their cynicism and the conviction that their horrific crimes would go unpunished, my anger over how the political system nourished the dangerous and poisonous snake of fascism and how we, as citizens, did not stand up to it, did not crush it… I was truly overcome by emotion, to the extent of having physical symptoms.

I became an interpreter because I have always believed that languages and words are excellent tools, allowing people to break the «chains» that keep them bound to artificial segregations based on descent, colour, race, political and religious beliefs.

I have always seen translation and interpreting as the hospitality arts par excellence, as an invitation to fruitful and constructive dialogue, and as the most beautiful alliance between two languages and two cultures.

But how can one articulate, how can one use words to break the chains dividing people and cultures, when surrounded by a disgusting monster that relentlessly devours the very concept of culture and civilization? How can one put into words the toxic poison that can hide in the dark minds and souls of sick brains? At the end of the day, how can one utter the phrase «Madam, it was just a simple murder», in any language, and not feel ill to the core?

At the end of the day, how can one utter the phrase «Madam, it was just a simple murder», in any language, and not feel ill to the core?

One day, during a break in the trial, I took a walk in the courtyard. I saw Magda Fyssa (translator’s note: mother of Pavlos Fyssas, who was murdered by Golden Dawn) there, and felt overwhlemed by a sense of shame on behalf of the whole society to which I belong, which failed to stand tall and protect the lives of young people from the knives of fascists. I was overwhelmed by the need to talk to her: «I admire you», I said to her, with tears in my eyes. «You feel like a mother to me. We owe you so much. You are washig away our shame, and I thank you for that».

The trial would begin again in a few minutes. I sat still for a few minutes, thinking about how much courage and strength that woman would need, to wake up every morning for five years, and come face to face with her child’s murderers on an almost daily basis.

Pavlos and Magda Fyssa are a balm for this society’s wounds, and we owe them a great debt: they stood up to the fascists, and their courage and clean conscience did not break, even when faced with the absolute worst, thus marking the beginning of the end for the nazis. On Wednesday the 7th of October, the court must strike the final blow, and condemn them for their heinous crimes.

But the fight against fascism does not end on October 7th. The battle continues. No one must forget what happened in Keratsini, in Petralona, in Perama and elsewhere. As a society, we must keep the memories alive, because forgetfulness – lethe – is the best fertilizer for the arrival of a lobotomized future.

* This article was published in the printed and electronic edition of the «Efimerida ton Syntakton» newspaper on 6th October 2020, one day before the historic court ruling on the Golden Dawn trial.

Podium works with ERT and ANT1 television to cover all major events
December 12, 2022

Want to become an interpreter? Here are 7 things you should bear in mind
July 29, 2022

The 5 types of interpreting you should know about
April 18, 2022

Through the eyes and words of Podium’s interpreters (video)
February 1, 2022
Latest posts
Go to Top